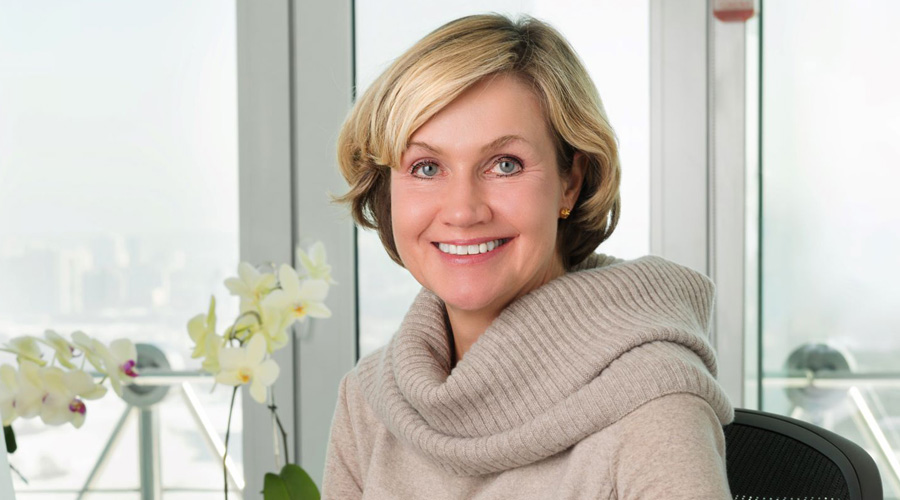 World Bank Country Director Satu Kahkonen provides insights on the rapid economic and political reforms taking place in Ukraine, and their impact on investment and the overall economy. Kahkonen views the reform positively, both in terms of pace and reforms implemented, highlighting fiscal and monetary policy reforms, privatization, anti-corruption measures, and the opening of the agricultural land market as some of the most critical. With Ukraine at the cusp of offering a wealth of opportunities for investors through privatization and land market reform, Kahkonen advises investors to keep a close eye on this dynamic and changing country

In addition to your impressive experience at the World Bank, you also have a strong academic background, with a PhD in Economics and three published books on economic development. Can you give us your view on the socioeconomic development that is happening in Ukraine at the moment and how the World Bank will play a role in the country moving forward?

Ukraine is a country that still is in the middle of transitioning to a fully functioning market economy. Unlike many of its eastern European peers, Ukraine unfortunately did not implement many of the reforms needed to make this transition during the first two decades of its independence. In and around 2014, Ukraine experienced significant changes: revolution, the outbreak of conflict in eastern Ukraine and the annexation of Crimea, and then a deep economic crisis. Since then, we have seen that Ukraine has implemented more reforms than in the first two decades of its history. These reforms were needed to stabilize the economy after the crisis. The new administration that has been in place since the summer now has the challenge of accelerating economic growth. Ukraine is lagging behind in many areas versus its eastern European neighbors, and therefore it has to sprint and to tackle the backlog of reforms. This will include breaking up monopolies, privatizing state-owned enterprises, and building infrastructure, and that’s where the World Bank steps in to help. We help support the government to implement the needed reforms and facilitate the needed investments. Currently, we’re spending a lot of time with government officials conducting policy dialogue, and working with World Bank colleagues to brainstorm reforms, priorities and how we support the government. My portfolio includes active programs in Moldova and Belarus as well, but given its geopolitical importance and size, we are focusing heavily on Ukraine and I spend most of my time here.

What specific reforms are stabilizing from a macroeconomic perspective and improving the business climate of Ukraine?

The government has done a lot in the past four years. The macroeconomic stabilization is a result of structural reforms combined with prudent fiscal and monetary policy. The Ministry of Finance needs to be commended for the work they have done to restore fiscal stability and reduce public debt. The National Bank should also be congratulated for their impressive work. The monetary policy has been sound for the past four years. Transitioning to a flexible exchange rate was a major reform, as were the clean-up of the banking sector after the 2014 banking crisis, and the establishment of a sound banking sector supervisory regime. There are also a number of structural reforms that have had significant impact. I will highlight three critical examples: the adjustment of heating tariffs, pension reform, and subsidies reform, particularly the heating subsidies. The combination of these reforms and the monetary and fiscal policies undertaken by government have helped with the stabilization. In relation to the business climate and inspiring confidence in investors, it is all about anti-corruption. In 2014, the government launched an anti-corruption reform program. Various government agencies were established to address and investigate corruption, followed by an anti-corruption court that was launched in 2019. The government also implemented regulatory reforms to improve the business environment.

World Bank President David Malpass has lauded Ukraine’s intent to privatize 800 state-owned enterprises and make them open to foreign investors. With these opportunities on the horizon, what should foreign investors be considering in Ukraine? 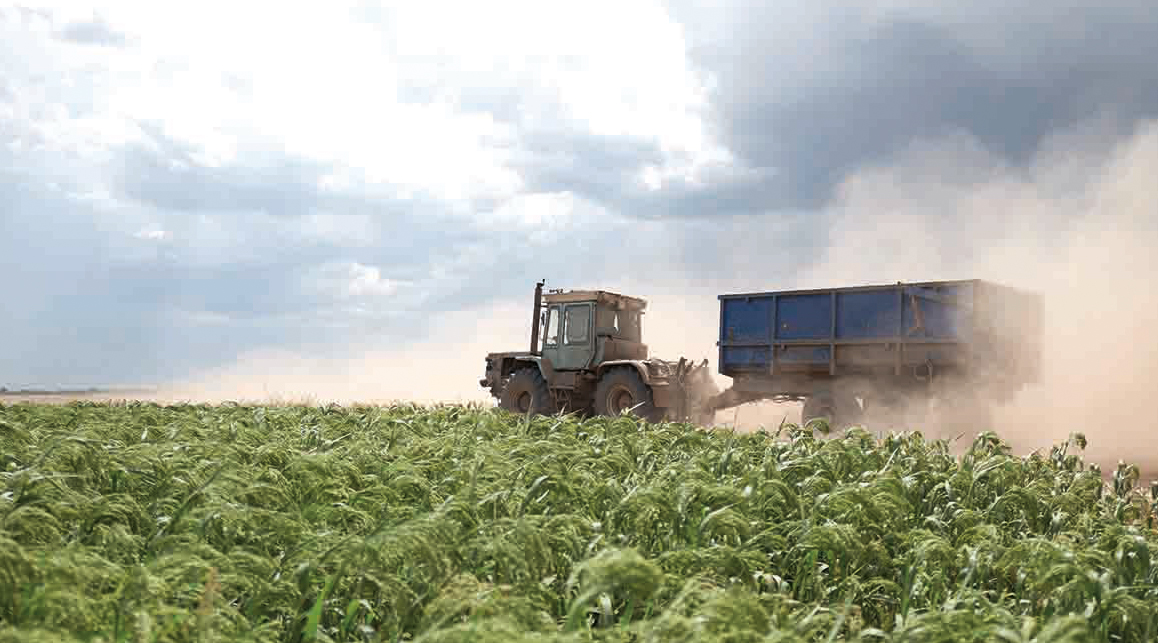 The Ukrainian government is implementing reforms very quickly, including within the government, where ministries are merging and reforming at rapid speed. The speed of change has been met with mixed reactions. What’s your view on the speed at which things are happening in Ukraine?

I welcome the “turbo regime” that the president and administration is following. Given that Ukraine is lagging behind many of its peer countries, speed is of the essence. We know that when things move very fast there will be some mistakes, but at the same time, one hopes that enough good things will be done, and that the mistakes are small enough that they can be corrected so that the country continues to move in the right direction. We’re in a very unique moment where the government has the mandate to implement sweeping reforms to transform the country. They have to take advantage of that.

We know that Ukraine’s development strategy relies heavily on the World Bank, the IMF and on attracting FDI. What would you say to investors who may be hesitant about considering Ukraine regarding the new opportunities they might be able to access that weren’t there before?

Ukraine has enormous potential. It has very big domestic market with a population of 42 million people. Ukraine is also geographically located between east and west, so it is between two very large markets. The country has highly skilled entrepreneurial people, particularly in IT and engineering, and there is an opportunity to take advantage of all of that. Investor concerns have historically been about the conflict in the east and in transparency and corruption. The conflict  is concentrated in the east and impact is largely limited to that region. The rest of the country is open for business. Regarding transparency and corruption, yes Ukraine is facing governance and corruption challenges, but the new administration has expressed its commitment to move ahead swiftly with anti-corruption reforms, business environment reforms, and importantly, the opening of the agricultural land markets. If all of the government’s reforms are implemented then Ukraine’s potential will be unleashed and there will be big opportunities for investors to take advantage of.

The country has highly skilled entrepreneurial people, particularly in IT and engineering, and there is an opportunity to take advantage of all of that

What does the opening of the agricultural land market look like in practice?

The agricultural land market reform is the single most transformative reform for Ukraine. Ukraine has a significant comparative advantage in agriculture and could be the global food export powerhouse. But that won’t happen if the agricultural land market is closed. For the past two decades there has been a moratorium on agricultural land sales, which has hindered investments in agriculture. The new administration is determined to lift the ban. It is just a question of when. The president has announced that the goal is to lift the ban on October 1, 2020. A lot of work that has already been done to achieve that goal, including preparation of required legislation that is currently being debated in the parliament. But legislation is only the first part of the process; it launches the implementation phase. The work will need to continue at full speed after the approval of the legislation to implement it to ensure the markets are ready for opening by October 1, 2020. The government has already commenced a lot of the pre-work, such as correcting errors in the land cadaster, to prepare for implementation. We don’t know how many people will go out and sell their land once the market opens, or how quickly the government will begin to sell state land. Our recommendation is that private individuals wait before rushing into selling their land to see where the market and prices settle.

What is the importance of the education sector here in Ukraine and how do you see it evolving considering continued issues of retention of skilled labor in the country?

Education is fundamental to economic development. Ukraine was known for a long time for high-quality education but unfortunately the education system has started deteriorating in the past decade. The first issue is that Ukraine is spending 6 percent of GDP on education and private individuals are spending about 1 percent of GDP on top of that. While this is more than many EU countries are spending, the outcomes of Ukrainian education are lagging behind in spite of the level of investment. This tells us that effectiveness and efficiency of spending is a serious issue. The second issue is that Ukraine has some very high-quality higher education institutions, but if one looks at the higher education system as a whole, the quality of that has declined. The number of universities in Ukraine is excessive now. There are over 300 universities, which is too many for a country of Ukraine’s size. The third issue is that people are concerned about transparency and integrity in Ukrainian education. Seventy-five percent of Ukrainian households complain about corruption in higher education. The government has begun reforms to address issues in the curriculum, the teaching methods, and teacher training. The education sector funding formula and incentives structure need reforms as well. The current system also creates a situation where there are quite significant differences in quality between urban and rural areas, and that will need to be addressed.

Do you have final a message for US private and public investors, on why Ukraine, and why now?

Ukraine is on the move. I would encourage US investors to watch what is happening in Ukraine and prepare to take advantage of the opportunities as they open up.