As Europe’s leading poultry producer, MHP is a Ukrainian success story, and founder and CEO Yuriy Kosyuk hopes that the company can serve as a case study for the advantages of the Ukrainian business environment. Mr. Kosyuk points to technological advancements that facilitate highly efficient production and the country’s rapid pace of reforms as strong benefits to entering the market now. With an agricultural sector that was built from the ground up in the past several decades, Ukraine has been able to shape itself as a nimble and innovative alternative to more traditional Western European agricultural markets, offering the same quality products for a much more competitive price

You founded MHP (Mironivsky Hliboproduct) in 1998 starting with 10 employees. Today, the company has become Ukraine’s largest poultry producer, and one of the leading poultry producers in Europe. What has made Ukraine a good place to grow MHP, and how can it be promoted as a Ukrainian success story?

Ukraine is one of the best places for investment in the world at the moment. We have more than enough opportunities to build a successful business here. We have a hardworking and well-educated workforce, and the government is implementing new policies that will position Ukraine as a top location for global export production. Because the government didn’t invest enough in developing the business environment over the last several decades, the opportunities for entrepreneurs here are plentiful; the market is not highly competitive yet. MHP is certainly one of the country’s success stories, and we want to make sure our story is used as a case to promote the country as the best place to set up a business. We have hundreds of stories of business people who have created successful businesses, and even entire supply chains, and we want to make sure that all of Ukraine’s success stories are known.

You have said that vertical integration is the key to success in the poultry business, and MHP does everything from growing grain to incubating the eggs. What makes this model the right one?

Our model is the model of the future. We are the most successful poultry company in Europe, and if you look at the second most successful, it is a company in Poland that copied our business model five to ten years back. Traditional farming and agricultural business models that the French, German and Italians still utilize are inefficient, and can’t compete successfully with new integrated agricultural businesses. While these western European farming industries were built with a rich history, we built ours from scratch and it’s the reason we do things so differently. In Western Europe, the farmers were already there and they built the infrastructure around them, to bring the farmers together so that they could all survive. The world has changed. Today, most customers don’t understand why they should pay triple the price for the same quality product and taste, just because of where it was produced. Most people want the right product for the right price. A lot of European governments are subsidizing their farming to support an old model of agriculture. While there are some niche products such as parmesan cheese or champagne wine that will stay in old Europe, we are the new Europe and will lead the way moving forward.

Agribusiness is one of Ukraine’s rapidly growing sectors, with 12.2 percent growth last year. In your view as a veteran in this field, what has contributed to the sector’s success?

We are the most modern industry in the country. If you look at our technology at our production sites, whether it is how we manage agricultural production or meat production, we leverage technology to produce at high levels of efficiency. We use AI and drones to monitor, prepare, and fertilize land. Small farmers in Europe simply don’t have the resources to operate with this level of efficiency, nor the space to experiment with new ideas. Our size allows us to be both efficient and innovative. 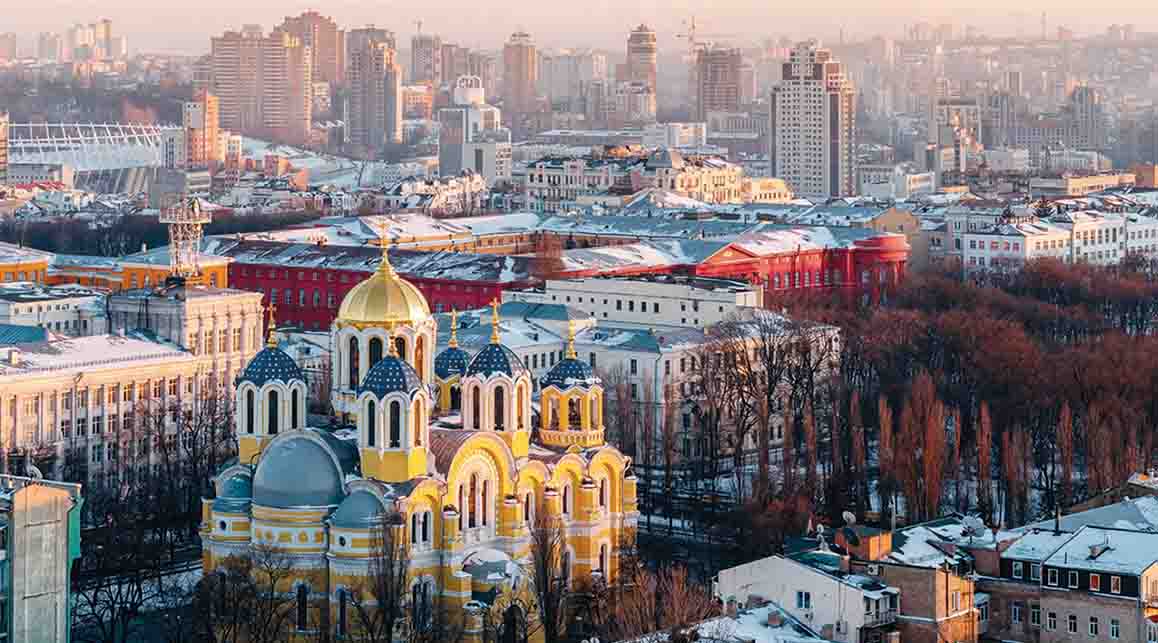 MHP is certainly one of the country’s success stories, and we want to make sure our story is used as a case to promote the country as the best place to set up a business and to create success in a short time frame

MHP is constantly upgrading its technological processes and introducing new technologies, launching an extensive digitization project last year. Do you think that Ukraine is at a point where it can adopt technological innovations such as automation, AI, and other things outlined in Industry 4.0?

The most digitized country in Europe may surprise you—it’s Estonia. The government there built everything from scratch. We have the opportunity to take best practice from places like Singapore and Estonia. Our people are tired of the old political systems and ways of doing things. They want something new. They are open to bold changes. The most recent election was a revolution in and of itself. We can jump from the past into the future here in Ukraine.

Whether it is the merger of ministries or the introduction of new legislation, processes and reforms have been moving rapidly in Ukraine, with mixed reviews. Some companies have expressed concern about the speed of change in Ukraine. What is your take?

The CEOs with concerns about the pace of change are from the past. They try to protect the status quo because they are not ready to change their businesses dramatically. For most of them, all of these new ideas are unusual and unpredictable, and they want predictability. I will say, at first, I was skeptical about some of the new faces who came into politics after the election. However, after meeting with many of them, I must admit I was mistaken. I was incredibly impressed by how these young people see the future of this country and how they are working to create a new Ukraine. Most of my friends from the previous governments, with all due respect, are still sitting in the 19th century. They are from the past. Most of these CEOs who criticize the pace of change seem to me to be of the same mindset. These new young people may be able to change our world and make our lives better.

As part of sweeping government reforms, the Ukrainian government is opening up the land bank after years of a freeze on selling agricultural land. What impact and opportunities will this present for MHP and other agricultural companies and investors?

I was surprised to see how much resistance there has been domestically to opening up the agricultural land bank. I think that those who oppose it are playing into people’s fears. For me, opening the agricultural land business will not dramatically change the agribusiness sector. It won’t alter the market as a whole too significantly because, in my opinion, not more than ten to fifteen percent of people will sell their land. For our business, it doesn’t matter whether the land we use for poultry production is from small land owners or large land owners. There has been so much talk and politics and PR from politicians and land owners but for us, it is not a key issue.

MHP exports to 80 countries worldwide, making it deeply integrated into the global economy. To what extent is your company protecting itself against potential macroeconomic volatility, such as U.S.-China trade tensions, Saudi Arabia’s halal measures and now, US tariffs on EU products?

The best protection for us against these types of geopolitical shocks is diversification. If you are putting all your eggs in one basket, you are vulnerable. We export to 80 countries across the world, and we do not put too much of our business in each individual country, which makes us very stable.

While there are some niche products such as parmesan cheese or champagne wine that will stay in old Europe, we are the new Europe and will lead the way moving forward. I was incredibly impressed by how these young people see the future of this country and how they are working to create a new Ukraine

MHP has a market share of roughly 40 percent of the total chicken consumption and over 50 percent of industrially produced poultry in the Ukrainian market. What aims do you have to expand further?

Talent retention has been a challenge in Ukraine, with some of its most talented graduates moving abroad for more competitive job opportunities. How can Ukraine address this challenge and prevent labor shortages?

The solution is simple. We have to provide competitive wages and working conditions. Right now, we are able to compete with Poland, the Czech Republic, and Hungary, our neighbors in the region. If we can provide competitive salary packages, people will choose to stay in their home country with their family.

What would you tell potential investors about why they should consider investment opportunities in Ukraine, and why is now the right time to enter the market?

The simple answer is the return on investment. Return on investment is very positive in Ukraine. Investors will be able to create their production facilities in the best conditions and ensure that they are able to make products in conditions optimized for efficiency. If you want to set up a production facility in some European countries, there will be a lot of headaches and red tape. Here in Ukraine, you won’t find that.

What are your final thoughts on why US investors should now take notice of investment opportunities in Ukraine’s agribusiness sector?

Today is the right time to invest in Ukraine and bring your business to Ukraine. There’s new leadership and new business conditions. The country is quite open and welcomes them.