He has been called the “comedian president.” But there is an air of historical gravitas that President Volodymyr Zelensky’s administration has brought to Ukraine. No government in the country’s modern history has had such a large mandate to enable change. With a supportive government now in office, Zelensky, 41, will have a better opportunity than any Ukrainian leader before him to push through reforms and tackle corruption without obstruction.

On TV, Zelensky played an utterly unprepared fictional president. In reality, he has moved quickly to pass reforms that investors have long hoped for. “In the first 2.5 months, parliament adopted over 80 laws, mostly aimed at improving the investment climate and including some very difficult areas such as land reform, taxation and a huge privatization plan,” said President Zelensky.

In the first 2.5 months, parliament adopted over 80 laws, mostly aimed at improving the investment climate

Ukraine has long been defined by endemic corruption and entrenched oligarchies. Along with conflict, the fear of having to grease palms is cited as the top reason why foreign investors stay away. In a dramatic shake up, the new government has decided to not mince words with how it views the old order. “We are out to destroy monopolies, such as those that exist in the gas sector and spirit production,” said President Zelensky. “For many years, people have heard about corruption in Ukraine. So we are making changes – first of all, with the judiciary.” 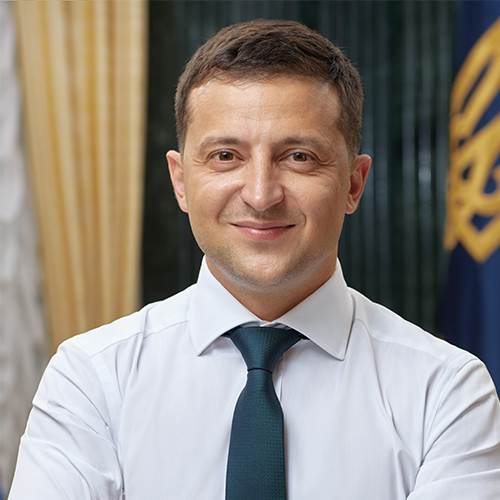 We will never again have such levels of corruption, and we will make great strides toward transparency

These bold reforms have been well received. Ukraine’s GDP growth is predicted to accelerate slightly to 3.5% in 2020, according to the European Bank for Reconstruction and Development. This year at Davos, Ukrainian Minister of Finance Oksana Markarova will be able to boast that her country is on track to stop borrowing from the IMF within three years. Having experienced near economic collapse in 2015, Ukraine is now well on it’s way to recovery.

That one of Ukraine’s most historically pivotal political moments has coincided with the impeachment of President Donald Trump over a call he held with President Zelensky should not detract investors. Now more than ever, Ukraine promises to become a stronger ally for US and international businesses.